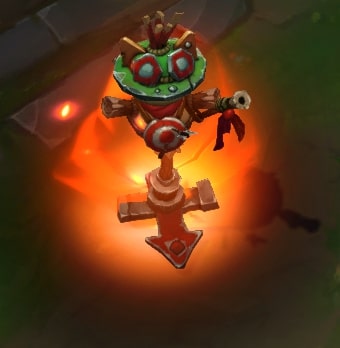 It depends on who you're playing against, what they have etc.
If you go straight AP and CD reduction, you won't have enough health/armour/MR to survive much. You'll be squishy, and anyone with decent Magic resist will take significantly reduced damage, but anyone with high HP will just soak anything up anyway e.g. Singed. Get some magic penetration and possibly a deathfire's grasp (it's item ability will deal a lot of damage and soften them up for all of your abilities)
Being a coward as Katarina is probably a very bad thing too. Another factor in is the gold and EXP rates and if you're chickening out of too many fights you'll end up behind the curve and everyone will just outscale you.
Katarina needs to get into fights, her passive is all about getting as many kills and assissts as possible to get even more kills and assissts. An Ace with her involved in all the murder will reset her ultimate and allow you to start the whole thing over again. You might die, but if your actions cause 4 enemies to die then your death was not in vain.
But that's late game, and you have to have a good early game to get to there. A 10 kill Katarina is scary as all hell, no matter how she got those kills, so ask your jungler (or someone in the top and bottom lane, if you're Kat you should be in the centre of the map) for help ambushing someone to get the kill and the gold.