Since its establishment in 1948, it has grown into one of the largest machine tool builders in the world. With its sister company in Germany, DMG Mori Seiki AG, it markets machine tools worldwide under the brand DMG Mori. 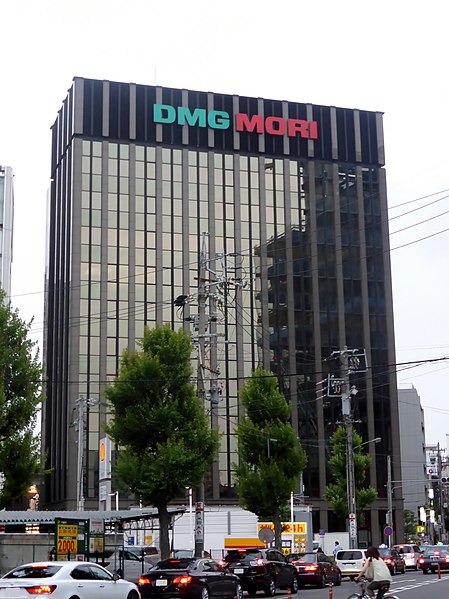 Circa 2009, Japan's Mori Seiki entered into a strategic partnership with Germany's Deckel-Maho-Gildemeister (DMG) of Gildemeister AG, yielding the current two DMG Mori Seiki organizations. In 2015 it was reported that the company will carry out a takeover bid to acquire its German partner.[3]

DMG MORI SEIKI CO., LTD. is a manufacturer of machine tools, peripherals and systems, with more than 160,000 installations around the world. Mori Seiki is directed by President Masahiko Mori (森 雅彦, Mori Masahiko), Dr. Eng., and employs over 4,000 individuals worldwide.

In the 21st century, DMG MORI SEIKI CO., LTD. established the Digital Technology Laboratory (DTL)[4] in Davis, California, USA. The mission of the DTL is to develop advanced software for new products.

The worldwide headquarters are located in Nakamura-ku, Nagoya, Aichi Prefecture.[5][6][7]

The U.S. headquarters are located in the Chicago Technical Center in Hoffman Estates, Illinois near Chicago with locations in Boston, Cincinnati, Dallas, Detroit, Los Angeles and New Jersey.[8] The facility overlooks Interstate 90 (Jane Addams Memorial Tollway). The building has 102,000 square feet (9,500 m2) of space and includes classrooms.[9] In November 2009 the current U.S. headquarters opened during a four-day event with over 2,200 visitors.[10] On April 1, 2010, as part of the deal between Mori Seiki and Gildemeister AG (DMG) the U.S. divisions of both companies merged into one unit.[11]

DMG MORI SEIKI CO., LTD. has its offices in the Middlemarch Business Park in Coventry.[12] MORI SEIKI GmbH, the European division, has its head office in Wernau, Germany.[13][14]

In 2016, DMG Mori opened its new 200,000 m2 plant in Ulyanovsk, Russia, starting production of its ecoline group of machine tools there, plus attendant training and service facilities.[16]

Throughout its history, the company has developed more than 200 models of CNC lathes and machining centers.

In 2014, DMG MORI SEIKI CO., LTD. became the exclusive premium partner of the Porsche 919 Hybrid Team, supporting its return to the top category of the FIA World Endurance Championship.[17]