Character Class List on archive.wizards.com. Prestige Class List on archive.wizards.com. Every source for every class. Many classes are listed repeatedly since they can be found in multiple books (Eberron Campaign Setting and Forgotten Realms Campaign Setting each discuss all the core classes and how they exist in those settings, for example), but the list should be absolutely complete. Mar 03, 2020 This video is unavailable. Watch Queue Queue. Watch Queue Queue. Overview Collect all figures from the Dungeons & Dragons Nolzur’s Marvelous Miniatures line of unpainted minis by WizKids. Hand-painted example. Not all bases/terrain shown are included with purchase. Details Release DateMarch 2017Genre.Unpainted Miniatures.All Dungeons & Dragons Nolzur’s Marvelous Miniatures work with the D&D role-playing game FULL LIST Click here for a.

The dread witch is a spellcaster who manipulates fear as readily and effectively as other casters manipulate magic itself.

Saving Throws: Base Will save +4
Spellcasting: Ability to cast cause fear and scare
Special: Must have suffered at least one fear effect against which she failed her save

Spellcasting: At every dread witch level except 1st, you gain new spells per day and an increase in caster level (and spells known, if applicable) as if you had also gained a level in a spellcasting class you belonged to before you added the prestige class. You do not, however, gain any other class benefit a character of that class would have gained. If you had more than one spellcasting class before becoming a dread witch, you must decide to which class to add each level for the purpose of determining spells per day.

Master of Terror (Ex): Your fear-based spells become more potent. The save DC of any spell you cast with the fear descriptor increases by 1. This bonus stacks with Spell Focus. Furthermore, add the spells bane and doom to your arcane spellcaster list as 2nd-level spells.

In addition, you become adept at making people uneasy with the right word, expression, or gesture. You gain a bonus to all Intimidate skill checks equal to +2 per class level.

Absorb Fear (Su): Starting at 2nd level, you can turn your own fear, whether natural or mystical in origin, into extra power for your spells. (See Dread on page 59 for more on nonmagical fear.) Any time you are exposed to a condition that could make you shaken, all your spells function at +1 caster level; if the condition could make you frightened, they function at +2 caster level; if panicked, they function at +3 caster level. These bonuses last for the duration of the fear effect, or for a number of rounds equal to your Charisma modifier, whichever is less. (Of course, if you fail your saving throw against the condition, you might not be in a position to use the bonuses, but you do have them.) These bonuses are treated in all ways as though you had failed the save. In other words, if you are subject to a spell that causes panic on a failed save but only frightens those who make the save, you gain the bonus from being panicked even if you make the save.

You can, instead of gaining these bonuses, choose to cast a single extra spell; this casting does not use up a spell slot. You must make this choice the instant you are subject to the fear effect, and once you have made your choice you must cast the spell within a number of rounds equal to your Charisma modifier. You can cast an additional cantrip if shaken, an additional 1st-level spell if frightened, or an additional 2nd level spell if panicked.

If you are subject to a second fear effect while still enjoying the effects of the first—either the granted benefits or holding the extra spell—you must decide whether to keep the original effect or replace it with the new one; you cannot benefit from more than one fear effect at a time.

Fearful Empowerment (Su): Starting at 3rd level, once per day you can add the fear descriptor to any spell you cast that has some sort of visual manifestation. For example, you could apply it to a fireball, to a summon monster spell, or to any visual illusion, but not to charm person, since that spell does not directly create any visual effect. Creatures targeted by a spell modified by fearful empowerment must make a Will save (DC equal to 10 + your class level + your Cha modifier) or become shaken for 1d4 rounds; this is in addition to any other effects the spell might have. Your save DC bonuses from master of terror apply to this spell.

At 5th level, you can invoke this power twice per day.

Delay Fear (Su): Starting at 4th level, you can choose to delay the onset of any fear effect you impose on someone else, such as by casting a cause fear spell. You can delay the onset up to a number of minutes equal to your Charisma modifier. You must determine the onset time when casting the spell, and you cannot later change your mind.

Similarly, you can delay fear effects affecting you. If you fail your save against a fear effect, you can delay its onset for a number of rounds equal to your Charisma modifier. You still gain the advantages granted by the absorb fear class feature, even though you are delaying the negative effects. You can invoke this version of delay fear twice per day.

Greater Master of Terror (Ex): Beginning at 4th level, the increased difficulty of all save DCs against all spells you cast with the fear descriptor increases from +1 to +2. In addition, your fear spells are now so potent that they can even affect individuals normally immune to fear, such as paladins, although the subject still gains a saving throw to resist the spell's effect. Only a target whose HD exceed your caster level by 4 or more is immune to your mastery of terror. For instance, if you are a sorcerer 7/dread witch 4 (overall caster level 10), a paladin of 14th level or higher is immune to your fear spells. 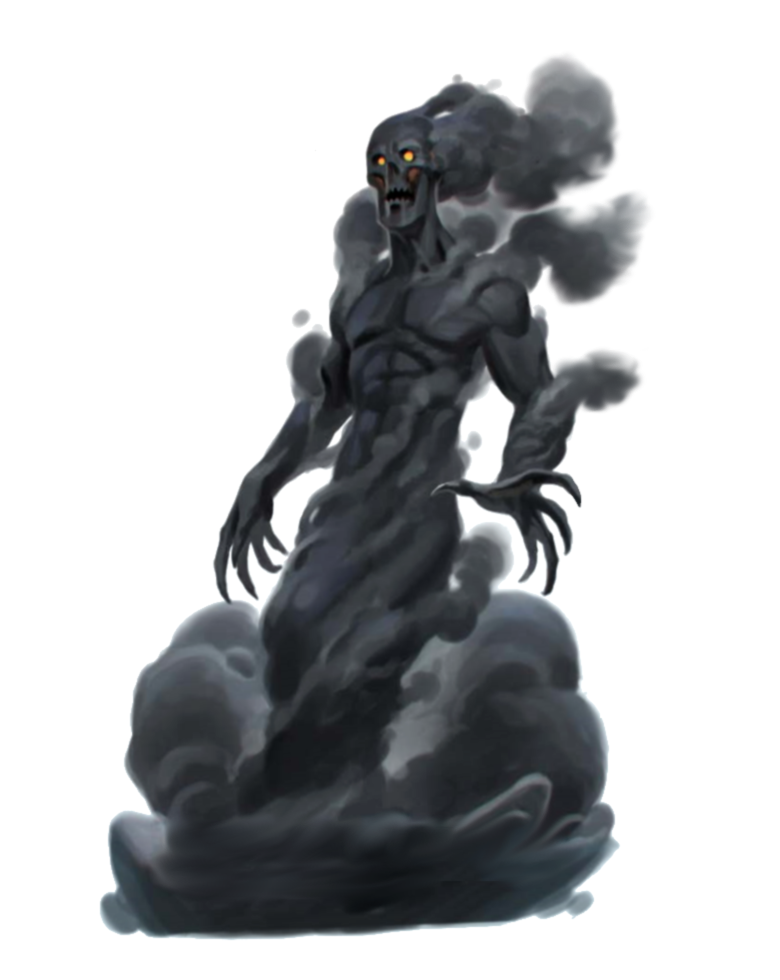 Horrific Aura (Su): At 5th level, you radiate an aura of terror. Creatures with 6 or fewer HD must succeed in a Will save (DC equal to 10 + your class level + your Cha modifier) or remain shaken as long as they are within 10 feet of you. A creature who successfully saves is immune to your horrific aura for 24 hours. Creatures of greater than 6 HD are unaffected.

Once per day per point of Charisma modifier, you can channel this aura into a potent touch attack. Creatures struck by this horrific touch attack who fail their Will save (see above) are panicked for 1d4+1 rounds; creatures who succeed on their save are shaken for 1 round. This touch attack, unlike the standard aura, functions against creatures of any HD and can even affect individuals normally immune to fear.

Reflective Fear (Su): At 5th level, any fear effect against which you successfully save is immediately targeted back at the source. You still gain the benefits of absorb fear. If the source of the fear effect fails its save, everyone else who might have been subject to the fear effect (such as your companions) immediately gains a second saving throw to shake off the effects, as they observe the object of their fear itself grow terrified.