Heroic though they might be, adventurers can’t spend every hour of the day in the thick of exploration, social interaction, and combat. They need rest—time to sleep and eat, tend their wounds, refresh their minds and spirits for spellcasting, and brace themselves for further adventure. Adventurers can take short rests in the midst of an adventuring day and a long rest to end the day. The players may get wise to the fact that your character can't help but know one course of action is more likely to produce better results than a different one and exploit this. Even if you keep your character totally silent and only have it tag along, the other players could still exploit the DMPC.

Heroic though they might be, adventurers can’t spend every hour of the day in the thick of exploration, Social Interaction, and Combat. They need rest—time to sleep and eat, tend their wounds, refresh their minds and spirits for Spellcasting, and brace themselves for further adventure.
Adventurers can take short rests in the midst of an Adventuring day and a Long Rest to end the day.

A Short Rest is a period of downtime, at least 1 hour long, during which a character does nothing more strenuous than eating, drinking, reading, and tending to wounds.
A character can spend one or more Hit Dice at the end of a Short Rest, up to the character’s maximum number of Hit Dice, which is equal to the character’s level. For each Hit Die spent in this way, the player rolls the die and adds the character’s Constitution modifier to it. The character regains Hit Points equal to the total. The player can decide to spend an additional Hit Die after each roll. A character regains some spent Hit Dice upon finishing a Long Rest, as explained below.

A Long Rest is a period of extended downtime, at least 8 hours long, during which a character sleeps or performs light activity: reading, talking, eating, or standing watch for no more than 2 hours. If the rest is interrupted by a period of strenuous activity—at least 1 hour of walking, fighting, casting Spells, or similar Adventuring activity—the characters must begin the rest again to gain any benefit from it.
At the end of a Long Rest, a character regains all lost Hit Points. The character also regains spent Hit Dice, up to a number of dice equal to half of the character’s total number of them (minimum of one die). For example, if a character has eight Hit Dice, he or she can regain four spent Hit Dice upon finishing a Long Rest.
A character can’t benefit from more than one Long Rest in a 24-hour period, and a character must have at least 1 hit point at the start of the rest to gain its benefits.
Between trips to Dungeons and battles against ancient evils, adventurers need time to rest, recuperate, and prepare for their next adventure. Many adventurers also use this time to perform other tasks, such as Crafting arms and armor, performing Research, or spending their hard-earned gold.
In some cases, the Passage of time is something that occurs with little fanfare or description. When starting a new adventure, the GM might simply declare that a certain amount of time has passed and allow you to describe in general terms what your character has been doing. At other times, the GM might want to keep track of just how much time is passing as events beyond your Perception stay in motion.

Between Adventures, you choose a particular quality of life and pay the cost of maintaining that lifestyle. 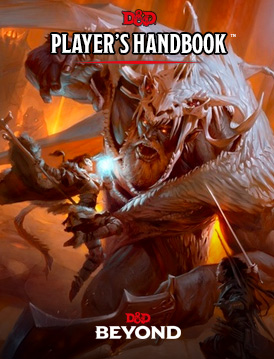 Living a particular lifestyle doesn’t have a huge effect on your character, but your lifestyle can affect the way other individuals and groups react to you. For example, when you lead an aristocratic lifestyle, it might be easier for you to influence the nobles of the city than if you live in poverty.

Between Adventures, the GM might ask you what your character is doing during his or her downtime. Periods of downtime can vary in Duration, but each downtime activity requires a certain number of days to complete before you gain any benefit, and at least 8 hours of each day must be spent on the downtime activity for the day to count. The days do not need to be consecutive. If you have more than the minimum amount of days to spend, you can keep doing the same thing for a longer period of time, or switch to a new downtime activity.
Downtime Activities other than the ones presented below are possible. If you want your character to spend his or her downtime performing an activity not covered here, discuss it with your GM.

You can craft nonmagical Objects, including AdventuringEquipment and works of art. You must be proficient with tools related to the object you are trying to create (typically artisan’s tools). You might also need access to Special materials or locations necessary to create it. For example, someone proficient with smith’s tools needs a forge in order to craft a sword or suit of armor.
For every day of downtime you spend Crafting, you can craft one or more items with a total market value not exceeding 5 gp, and you must expend raw materials worth half the total market value. If something you want to craft has a market value greater than 5 gp, you make progress every day in 5- gp increments until you reach the market value of the item. For example, a suit of Plate Armor (market value 1,500 gp) takes 300 days to craft by yourself.
Multiple characters can combine their efforts toward the Crafting of a single item, provided that the characters all have proficiency with the requisite tools and are Working Together in the same place.
Each character contributes 5 gp worth of effort for every day spent helping to craft the item. For example, three characters with the requisite tool proficiency and the proper facilities can craft a suit of Plate Armor in 100 days, at a total cost of 750 gp.
While Crafting, you can maintain a modest lifestyle without having to pay 1 gp per day, or a comfortable lifestyle at half the normal cost.

You can work Between Adventures, allowing you to maintain a modest lifestyle without having to pay 1 gp per day. This benefit lasts as long you continue to practice your profession.
If you are a member of an organization that can provide gainful employment, such as a Temple or a thieves’ guild, you earn enough to support a comfortable lifestyle instead.
If you have proficiency in the Performance skill and put your Performance skill to use during your downtime, you earn enough to support a wealthy lifestyle instead.

You can use downtime Between Adventures to recover from a debilitating injury, disease, or poison.
After three days of downtime spent Recuperating, you can make a DC 15 Constitution saving throw. On a successful save, you can choose one of the following results:

The time Between Adventures is a great chance to perform Research, gaining Insight into mysteries that have unfurled over the course of the campaign.
Research can include poring over dusty tomes and crumbling scrolls in a Library or buying drinks for the locals to pry rumors and gossip from their lips.

When you begin your Research, the GM determines whether the information is available, how many days of downtime it will take to find it, and whether there are any restrictions on your Research (such as needing to seek out a specific individual, tome, or location). The GM might also require you to make one or more Ability Checks, such as an Intelligence (Investigation) check to find clues pointing toward the information you seek, or a Charisma (Persuasion) check to secure someone’s aid. Once those Conditions are met, you learn the information if it is available.
For each day of Research, you must spend 1 gp to cover your Expenses. This cost is in addition to your normal lifestyle Expenses. You can spend time Between Adventures learning a new language or Training with a set of tools. Your GM might allow additional Training options.
First, you must find an Instructor willing to teach you. The GM determines how long it takes, and whether one or more Ability Checks are required.
The Training lasts for 250 days and costs 1 gp per day. After you spend the requisite amount of time and money, you learn the new language or gain proficiency with the new tool.